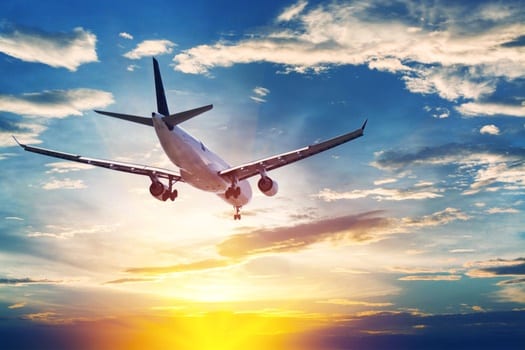 Flying with a snake domestically and internationally isn’t the same as it is flying with other types of pets. Airlines are prepared for dogs and cats, but there aren’t that many snake-friendly airlines.

You can’t take snakes in the cabin with you, but you can check snakes in as luggage. You’ll have to meet the regulations of the airline you’re flying with, and make sure it’s legal to bring your snake with you to your destination. A safer option is to send the snake by mail.

There are issues with flying with a snake. A snake with strict temperature requirements might get too cold in the cargo hold. There’s also a chance that its enclosure could be improperly handled by baggage handlers. Pet snakes can die during flights, although it’s uncommon.

Can You Fly with a Snake?

You can’t fly with a snake as carry-on luggage. These regulations are in place because a snake that gets free is very good at hiding.

And while snake owners know that the majority of pet snakes are nothing to be afraid of, the rest of the public don’t share your confidence. If somebody with a fear of snakes had to sit next to you, they might have a panic attack, even if it’s just a harmless ball python or corn snake.

Despite not being allowed in the cabin, snakes are allowed to be checked in, provided that you comply with the regulations. These relate to the kind of enclosure your snake is in, and how secure it’s kept, and its welfare.

Of the major airlines that serve U.S. airports, none allow snakes in-cabin. Each airline also stopped allowing ‘emotional support snakes’ on board. However, snakes can travel in a crate as checked-in baggage.

Let’s take a look at the airlines that permit snakes, and their requirements. Here’s a table that contains the basic rules:

People were once allowed to travel with non-venomous snakes in the cabin, provided they were emotional support animals. Since July 1st, 2018, this has ceased to be an option. Any animal that could pose a risk to other passengers on the flight, or to the plane itself, have been restricted.

However, you can fly a snake as checked-in baggage. To travel with a snake, its enclosure has to comply with AA’s specifications. It has to be made of wood, metal, plastic, or a similar material. It needs a secure metal door that’s shut with cable ties.

As per federal regulations, you’ll also have to provide written certification that your snake has been fed and offered water within 4 hours of the flight. AA allows snakes to travel as checked baggage or go on cargo flights.

Flying with a checked-in pet snake on American Airlines costs $200 per enclosure, or $150 to Brazil. You should always check for price changes as the amount that AA charges change frequently.

According to Delta, you can only book 14 days in advance, and there’s no guarantee that your snake will be shipped on the same flight as you.

Their ‘kennel checks’ are similar to AA’s policies. Your snake travel carrier has to allow the snake room to move around, and have absorbent lining at the bottom. The door to the cage has to be tied with zip ties.

Unfortunately, no pets whatsoever are allowed as checked baggage or cargo. That means if you want to fly with a snake, there’s no way that Southwest can help you.

United Airlines allow more pets in-cabin than other airlines do. Unfortunately, United Airlines don’t specify anywhere in their cargo policy what their attitude towards traveling with snakes is.

Their PetSafe program, introduced after many pets died flying with United, only mentions cats and dogs. Snakes aren’t allowed. It’s unclear whether you could ship a snake as regular cargo, however.

Even if you could, flying your snake with United Airlines could be a bad decision. Of all the airlines, United is the worst for pet deaths. In 2017, a total of 500,000 animals flew with their owners somewhere new. Of those, 24 died while in transit. 18 of those were due to United Airlines.

There isn’t an airline that allows snakes in the cabin with you. The best you’ll find is that you can have them travel as cargo on the same flight. Other airlines’ policies are:

Further Restrictions on Flying with a Snake

Just because the airline states in their policy that you can travel with a snake, that doesn’t mean you’ll be able to.

Individual U.S. states and other countries restrict travel with, and import/export of wildlife. Hawaii, for example, doesn’t allow you to bring snakes or reptiles to Hawaii. If they were to get loose, they could cause damage to the local ecosystem.

Others enforce quarantine after you arrive, and may even charge you for the privilege. These laws differ all around the world, so do your research before you travel to find out which laws apply to you.

How to Transport a Snake Long Distance

This section is all about tips on traveling with a snake. No matter which airline you fly, certain factors always hold true.

Baggage handlers are notorious for not taking proper care of baggage when it’s loaded or unloaded. It’s understandable why. They’re under time pressure, having to unload everything from a plane as quickly as possible so that it can head off on its next voyage.

Either way, this results in damaged possessions and insurance claims. When it’s a guitar or an antique that’s broken, that’s one thing. But to put your snake in danger is another. Bear this in mind when you have to fly. All you can do is put stickers on your snake’s traveling enclosure.

Besides that, if the enclosure isn’t adequately secured in the hold, then there’s a chance it could shake or move around. This could hurt your snake too, especially if their cage isn’t as robust as you think.

It can get cold in the cargo hold of a plane. A pet like a cat or a dog can just about manage because they produce their own body heat. But a snake can’t do that because they’re ectothermic. Even on a short flight, the cold can be detrimental to a snake’s health.

A pet incident report made by American Airlines described a snake that died at some point before their owner picked it up. Since no damage was reported to the box it was kept in, it’s quite possible that it died as a result of getting too cold.

You only really have one option for keeping your snake warm during their flight. You have to use something like hand warmers, which you crack and break, and keep warm for hours. Better ones will stay warm for up to three days. The amount of heat that these give off is limited, so they won’t burn your snake. They also don’t pose a danger to the plane.

You can’t use a battery-operated heat mat or heat rocks. Airlines won’t allow you to check in anything that uses batteries that switch on.

3) Make Sure The Enclosure Is Suitable

The enclosure needs to keep the snake warm during its long flight. It also has to be comfortable, so that it doesn’t stress out during the flight.

Kennel regs require that the enclosure is lined with something absorbent. If you usually use Aspen shavings as a substrate, your snake will have to make do with paper towels for a few hours.

You can also ship snakes internationally by mail. This is likely to be a safer and less expensive option than air travel.