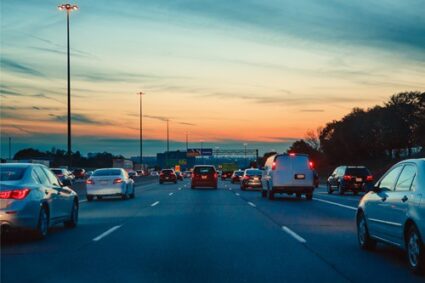 Roadways crisscross the natural world, bringing cars, motorbikes, and bicycles closer in contact with nature. As a result, thousands of snakes are hit by vehicles each year. It can be hard to tell the difference between a snake and a crack in the road, especially while driving at night. It’s even harder to avoid hitting the snake at high speeds. Often, the snake doesn’t survive the incident.

While cars are the most obvious threat to snakes due to their size and weight, any impact with a vehicle can fatally injure a snake. A snake may not immediately show any signs of injury, but even a small bicycle can separate the snake’s vertebrae. A snake with a broken back cannot feed itself and is vulnerable to predators.

Here we compare the hazards snakes face from cars, motorbikes, and bicycles. We also discuss how a snake may be more affected by its injuries than it seems, what kinds of snakes are most at risk for being hit and injured by a vehicle, and what to do if you accidentally run over a snake.

As humans expand roadways through natural environments, these roads end up crossing snakes’ territories. This includes not only major highways but also bicycle trails. Unfortunately, this leads to snakes getting hit and killed by cars, motorbikes, and bikes with increasing frequency.

The University of Arizona estimates that around 4,000 snakes are killed along State Route 85 in a four year period – that’s nearly 5 square kilometers of snakes. The area observed here was a low-speed driving area with paved roads in the Sonoran Desert of southern Arizona.

The researchers reasonably concluded that roadways, and paved roadways, in particular, are a substantial threat to snake populations.

I Ran Over a Snake: Will It Die?

Snakes crossing a road face multiple types of vehicles. Let’s look at which kind of vehicle are the biggest threat to a snake’s life.

Cars are the most obviously dangerous vehicle for a snake. It is difficult for a car driver to tell the difference between a snake and a stick through the windshield. Given how big a car is, it is also difficult to swerve around a snake. A heavy car is most likely to outright crush and kill a snake.

In rare cases, the snake can be thrown by the wheels, landing in the spare tire rack under the car. This not only injures the snake even more, but can cause a lot of distress for both the snake and the driver when they discover their unexpected hitchhiker.

Motorbikes are much smaller than cars but no less hazardous for snakes. While it may seem easier for a motorbike driver to swerve around the snake, it is still difficult for the driver to safely change direction at high speeds. They also might not realize that they are about to run over a snake until it is too late to change course.

Bikes have the most chance to swerve around a snake, as they are the slowest of these vehicles. However, a new hazard emerges for the snake and the bicyclist.

Often when a snake is hit by something, it will instinctively curl up its body. This can result in a snake getting tangled in the spokes of a bicycle wheel.

A snake stuck in a bike’s wheel can get additional injuries, and it is also dangerously close to the cyclist’s legs. The snake may try to bite the bicyclist out of fear.

Can a Snake Survive with a Broken Back?

Often when people run over a snake, they will look in the rearview mirror and see the snake slithering away, apparently unhurt. This leads to a common misconception that snakes can easily survive being hit by a car.

However, the truth is that snakes often do not display symptoms of injury or disease right away. The snake may have been more seriously hurt than it will show at first.

A snake’s body is basically one long spine made of flexibly connected vertebrae. There can be as many as 400 vertebrae in a snake’s long tail-like body. Even if there was no explicit damage to the bones themselves, it is very easy for a car or bike tire to separate the snake’s spinal column.

A snake with dislocated vertebrae will soon lose its ability to move without pain. This makes the snake less able to hunt its prey and also less able to escape a predator. Even if the snake does not die immediately from being run over, it will likely die later because of its injuries.

Snakes Most At Risk of Road Accidents

Not all snakes get hit by cars, motorbikes, and bicycles. According to the South American Journal of Herpetology, snakes most at risk of being run over and killed by vehicles are the most locally abundant species, the habitat generalists, and the more highly mobile snake species

Additionally, when there are a lot of a single species of snake, these snakes will all have similar needs. They will all need to eat the same kind of prey, hide in the same kind of shelters, and avoid the same types of predators.

However, snakes are not social animals. They do not like to live together and consequently do not share resources. This means that these snakes will live farther apart from each other as they compete for similar resources, requiring extra space.

These snakes are not sedentary species who only depend on a single type of environment. Some species of snake enjoy living in trees or on the ground, or in grassy plains and also near the shores of lakes. These snakes are, therefore, more likely to move from area to area to find the different resources they get from each habitat.

If a roadway has been built with a forest on one side and a grassy field on the other, and the snake likes to live in both environments, then the snake will have to cross the road. At first glance it might seem like a good thing that a snake can live in multiple environments. The snake will be able to survive if one of these environments is destroyed.

However, this also means that the snake will have a drive to go to different environments, instead of staying still where it is. When cars are driving around between environments, this can put the snake in danger.

Why would a snake cross the road? If you look at a snake in a zoo, it isn’t moving around much. However, some snake species in the wild move around a lot.

One reason a snake will travel across a road is to find food. Some snakes are more active hunters, rather than ambush predators, and so they will go where the food is. Migratory snakes travel long distances to find the food they need, even crossing roadways to get there.

A second reason snakes travel is to find a mate. Road mortality for snakes increases in the fall and winter months, when most species of snakes enter their mating season. Male snakes will leave their usual territory, following female snakes’ pheromone trails. This can lead the snake across a road.

What To Do if You Run Over a Snake

If you do run over a snake, keep your safety in mind as well as the animal’s. Stopping in a roadway is often just as unsafe for a human as a snake.

Do not pick up the snake with your hands. An injured snake is irritable and prone to bite. You can even be harmed by a dead snake’s fangs. If you have a snake hook or tongs available, then you can more safely move the snake out of the roadway to prevent further harm. If possible, place the snake under a bush to protect it from predators.

The best thing to do is to avoid running over the snake in the first place if at all possible. When you are in areas known for higher snake populations, drive slowly and to keep an eye out for snakes.

MLA Style: Carter, Lou. "Can a Snake Survive Being Run Over (Car, Motorbike, or Bicycle)?" Snakes For Pets, (January 21, 2021), https://www.snakesforpets.com/can-a-snake-survive-being-run-over/.