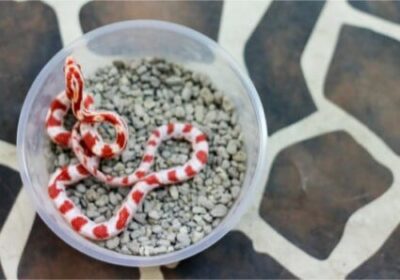 If you’ve got a snake, but you don’t want it anymore or are unable to keep it at your property, selling it is the right thing to do. Most captive snakes wouldn’t be able to survive in the wild because it is the wrong climate. So, rather than letting them go, selling your pet snake makes a lot of sense from an ethical and financial perspective.

Put an ad on sites/apps like Craigslist, Angie’s List, and Gumtree to reach the most people. You can also post ads locally on notice boards, e.g. at local shops or grocery stores. Be clear on your price and include a long description of the snake, and explain why you’re selling.

Selling anything online can be tricky. You get many people trying to take advantage—asking for discounts, asking you to deliver it by tomorrow morning, or just asking to have it for free. But with this guide, you can avoid these kinds of buyers and find a new home for your snake.

Contents show
1 Why People Sell Their Pet Snakes
1.1 Where Can I Advertise a Pet Snake for Sale?
1.2 Pet Snake Advertising Tips
1.3 What Price Should I Sell My Pet Snake For?
1.3.1 Give The Buyer All Possible Information
1.4 How to Ship a Snake to a Buyer

Why People Sell Their Pet Snakes

There are genuine reasons why you might want to sell your snake, and you shouldn’t feel guilty about your decision. It’s often in your interest and the snake’s interest for you to find them a new owner. Here’s why:

It’s natural to feel a little guilty, because they’re your pet. But it’s far better to accept that guilt and deal with the situation responsibly.

Where Can I Advertise a Pet Snake for Sale?

Never release a pet snake into the wild. Often the snake is in the wrong kind of environment and will quickly die if it’s let free.

Before you ship your snake, you have to find someone to ship it to. So, where do you find a buyer? And how can you make sure that the snake is sold quickly? Regarding reaching the biggest number of people, you have to think about advertising the snake online.

Using online classifieds like Gumtree, Craigslist or Angie’s List is a great start. Better yet, use all three. Make sure to set the ad to only appear in places that you can easily and cost-effectively ship to. Ideally, you’d like to sell the snake to somebody local so that you can drive there and deliver it yourself rather than paying for shipping.

Also, you should try using physical flyers. This will help you find people in your area. No doubt there are plenty of places you can leave ads: local notice boards at markets, shop windows, leaflets through doors, etc.

Find a breeder or local facility that will ‘adopt’ the snake, either at a price or free of charge. Breeders are often happy to take on snakes, especially if they’re an interesting kind or they have a buyer in mind.

Giving your snake away for free isn’t always a good idea. Almost anyone will say ‘yes’ to something that’s free, but they might not be all that interested in owning a pet snake. If you were to give your snake to them, there’s no guarantee that they would take proper care of it.

What Price Should I Sell My Pet Snake For?

It depends on the snake you want to sell. There’s plenty of information on the cost of snakes in this guide. If you have a normal ball python, then it likely won’t fetch more than $20 to $40.

However, there’s also your snake’s enclosure and anything else you won’t need when you sell the snake. You’ve got two options when selling these products. You could advertise it along with the snake, and bump the price up to reflect that. Or you could sell everything individually.

If you sell each thing on its own (the tank, the heat pad, etc), then you might be able to get more money for each item. The downside is that this would take more time and effort. So, it depends on how much time you have available to you.

Give The Buyer All Possible Information

Once you’ve found a buyer, it’s vital that you give them as much information as possible. This will maximize the chance that your snake will live a happy, comfortable life. Tell the buyer about the following:

Of course, once you sell the snake, it’s the other person’s ‘problem.’ But it’s common courtesy to give the buyer a brief fact sheet about the snake.

How to Ship a Snake to a Buyer

You might think that shipping a pet snake in the mail is cruel, or will be bad for the snake, but it doesn’t have to be that way. It’s possible to keep a pet snake comfortable while it’s being shipped. Use this guide to help you.

Certain snakes aren’t legal in certain parts of the country. According to UCSB ScienceLine, all pet snakes are illegal in Hawaii—so you can’t ship your snake there no matter what, whatever kind it is.

And ‘dangerous’ snakes are outlawed in many different U.S. states. In some states, very large constrictor snakes are banned. For example, Burmese pythons are classified as an invasive species in Florida.

Not only that, but municipal law in certain areas prevents people from owning snakes. Smuggling or shipping illegal goods across state lines is a criminal offense, and you would be held liable for it if it were proven.

Corn snakes, ball pythons and the like are legal almost anywhere, but there are also many protected snakes that can’t be caught or sold because they’re rare. So, double-check the law before shipping a snake in the mail.