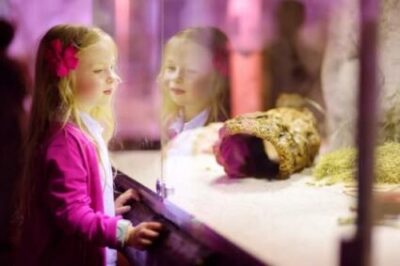 Even captive-bred snakes have the basic instincts of wild animals, so they won’t trust their human owners right away. It is easier to take care of a happy snake, but this process takes time and patience. That’s why it’s so important to be able to tell if a pet snake is comfortable with you.

You can determine whether a snake is happy and contented in your company based on its body language. A comfortable snake is calm and relaxed, moving slowly around its enclosure and gently draping itself around your hands when you handle it. A stressed or nervous snake will move quickly and abruptly, and it may hiss or strike at you.

It can be hard to read a snake’s body language at first. Understanding how to tell whether a snake feels safe around you is necessary for taking good care of your snake, not to mention avoiding getting bitten.

Is a Snake Comfortable Around You?

It may be difficult to imagine why a snake might not be comfortable around a gentle-natured human. After all, humans are much more likely to be scared of snakes than the other way around, right?

The truth is, a snake can easily perceive a human as a threat. These are wild animals, not domesticated pets like dogs or cats. To a snake’s senses, a human is very big and loud, not to mention strong. You could easily hurt a snake, and the snake knows this. So it makes sense why a snake might not be comfortable around you or other humans.

If a snake is uncomfortable with you, that can have a negative impact on your ability to interact with or take care of the snake. Pennsylvania State University reports that stressed-out snakes are more likely to strike at an approaching human. Less-stressed snakes will instead perform a threat display. The release of stress hormones is highly correlated with defensive behavior from snakes.

But without performing hormone tests on your snake, how can you tell whether a snake is comfortable with you? Fortunately, there are other clear signs that you can look for.

Signs That a Snake Is Comfortable

According to the journal In Practice, veterinary surgeons can use the behavior of a snake to figure out whether a snake is comfortable or stressed. While a snake’s body language may be unfamiliar at first, you too can learn to recognize the signs of a contented snake.

You will see a relaxed snake calmly flicking its tongue into the air every once in a while. The snake is taking in chemical samples from the air around it, supplementing its sense of smell.

It may also lick nearby objects sometimes, to get a better idea of what’s around it. This is a normal kind of environmental exploration for a snake, unrushed and unconcerned.

Watching a comfortable snake move around its enclosure might make you feel like falling asleep. A snake does not have a busy schedule to keep, and so it may appear a bit lazy in behavior as it crawls along.

If the snake is not slithering around, it may stretch out its body and bask on a rock, obviously comfortable and relaxed. When you see a snake draped all over a branch or rock in its enclosure, like a scarf thrown onto a chair, that is a comfortable snake.

If you present a snake with an unfamiliar object, such as a new branch to climb on or some food to eat, it will react to the new presence. A comfortable snake will show some interest in the new object, but not any excessive wariness. It will look at the object calmly, without alarm.

As you handle a snake which is comfortable with you, it will show a trust in your grip. The snake may wrap itself around your hands or fingers, but not tightly. Its grasp may be firm for stability, but it will not squeeze so much that it hurts you.

A snake which is comfortable with you will also feel free to explore your arms and shoulders when you hold it. It will move just as calmly and slowly as it would anywhere else, using your body as a surface to climb.

The longer you own a snake, the more you will get used to how it normally behaves. How vigorously does the snake eat or drink? How rapidly does it breathe? How often does it get up and explore its enclosure?

A snake is an individual creature and so it will have slightly different habits from another snake. A snake which maintains regular habits of behavior is showing that it is comfortable. If you notice a sudden change in behavior, on the other hand, that may be a sign that your snake is uncomfortable.

Signs That a Snake Is Feeling Worried

You can also tell from a snake’s behavior when it is not comfortable with you. Make note of the following behavioral signs:

Snakes are usually quite lazy in behavior. If a snake is moving around its enclosure an unusual amount, as though it were pacing, this can be a sign that the snake is not comfortable. The snake may also move in fits and starts, as though hesitant to take a long time about going anywhere.

You may also see a more fearful snake move more rapidly, darting from one hiding spot to another. This is a snake that does not feel safe enough to stay still. An uncomfortable snake may jerk its body or jump around, as opposed to its usual slow, steady motions.

A hyperactive snake will also display extra alertness towards new objects in its environment. It will be more likely to avoid looking at or interacting with these objects, as though suspicious about their presence.

A snake that is feeling afraid may flatten itself against a surface. This is different from casually draping itself across a branch in a relaxed manner. This snake is tense and trying to make itself small and hard to notice.

In the wild, snakes will flatten themselves against the ground or a tree branch to blend in and avoid being noticed by a predator. A flattened captive snake is not comfortable.

You may also see a snake hide its head under the furnishing or plants in the enclosure. It may even bury its head in the substrate. If a snake seems to be playing the “if I can’t see you, you can’t see me” game, then it is unhappy.

Interacting With The Walls

Even a relaxed snake will occasionally try to escape its enclosure. A snake is a curious creature, and any hole or gap its finds, it will consider worth exploring. If you have set up a secure enclosure, though, a comfortable snake will give up the search.

An uncomfortable snake may persistently attempt to escape its enclosure. It will interact non-stop with the walls of the enclosure, both opaque and transparent. The snake may push against the walls, try to climb up the walls, or dig in the substrate by the walls in an attempt to tunnel out.

Snakes are not great at recognizing invisible barriers. As a result, an uncomfortable snake driven to escape at any cost may continue pushing and digging at the clear walls until it hurts itself.

A relaxed snake does not often hiss. Hissing is a defensive behavior that a snake uses to alert a threat to stay away. When a snake hisses, you may see it repeatedly inflate and deflate its body to create the sound.

A comfortable snake will accept regular meals and keep its food down well. If your snake is refusing to eat, this may be a sign that the snake is not comfortable getting its food from you.

Any snake can go on a bit of a hunger strike now and again. However, if it gets to the point where your snake has not eaten for several weeks or is visibly losing weight, this is a problem for the snake’s health.

A snake that is uncomfortable with you may also voluntarily regurgitate its food when you come near it. Some snakes use regurgitation as a way to scare off predators. Regurgitation may also be a sign of illness in a snake, so if this happens a lot, take your snake to a reptile veterinarian.

As you handle your snake, if it is uncomfortable, it may wrap tightly around your hand or fingers. This is a sign that the snake does not feel supported in your grip. It may also indicate that the snake feels exposed and is trying to find a place to hide.

Striking Out At You

The biggest sign that a snake is uncomfortable with you is if it displays outright aggression, such as a strike. Snakes may strike out with either their teeth or their tail, depending on the species and their common defense mechanisms.

This strike may be a mock strike, which does not actually involve the snake’s teeth or tail making contact with your skin. A snake which is stressed enough will strike for real, biting you.

Now that you know how to recognize a snake’s discomfort, let’s talk about some reasons why a snake may be uncomfortable.

Making a Snake Comfortable With You

The good news is, you can turn an uncomfortable snake into a comfortable one. It just takes time, patience, and care.

You may have noticed that a lot of the reasons why a snake may be uncomfortable are to do with its enclosure. Before you get a snake, you want to be sure it has an appropriate enclosure that makes the snake comfortable. This gives you a good ground level of comfort to work from with a snake.

Before you get a new snake, do your research to find out what the snake needs. Answer the following questions:

Give It Time To Adjust

Researchers at Oregon State University found that younger garter snakes exhibited hormonal increases related to stress, such as corticosterone, when they were captured for testing. Older garter snakes that had been through the tests before, however, had a less pronounced stress response.

These older, more experienced garter snakes were also less likely to let their stress affect their behavior as well. This shows that over time, snakes can become familiarized with a stressor and adapt to it.

A new environment and a new human to interact with are both stressors for a snake. When you first bring the snake home, give it a week or two to get used to its enclosure. After that break, regularly handle your snake around once each week so that it can get used to your presence.

Being able to tell if a snake is comfortable with you allows you to give the snake the care it needs to live a happy life. Be patient with your snake, and pay close attention to its behavior. If you have questions about an unusual behavior, you can always reach out to a reptile veterinarian for help.

MLA Style: Carter, Lou. “How to Tell If a Snake is Comfortable with You” Snakes For Pets, (April 16, 2020), https://www.snakesforpets.com/how-to-tell-if-a-snake-is-comfortable-with-you/.

APA Style: Carter, L. (April 16, 2020). How to Tell If a Snake is Comfortable with You. Rabbit Care Tips. Retrieved August 19, 2022, from https://www.snakesforpets.com/how-to-tell-if-a-snake-is-comfortable-with-you/