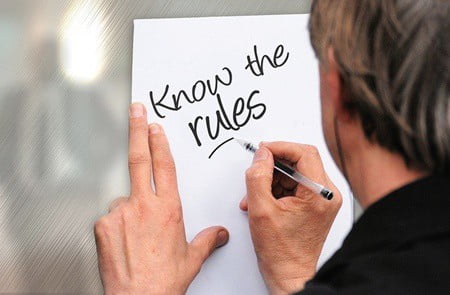 Few people own snakes compared to other types of pets. By far the most important thing to know is whether it’s legal to own a snake and whether you need a license for snake ownership.

We will look at whether you need a license to own common pet snakes. We’ll also cover everything you need to know about venomous snake licenses, and what to do if you need one.

Do You Need a License for a Pet a Snake?

In the majority of cases, you don’t need a snake license. You rarely need a license to own the most common pet snakes, like corn snakes or ball pythons, because these snakes aren’t dangerous.

You will usually need a permit to catch or own a venomous snake. That’s because venomous snakes pose a risk to your health and safety. Many people want to keep rattlesnakes as pets.

There’s also the chance that you might not know what you’re doing with them, so the licensing committee will want evidence that you know how to care for them. That means having a safe enclosure.

Pet snakes escape all the time, and this needs to be avoided if you have an invasive species. The Burmese python decimated the native species in Florida, and releasing pet snakes was partly responsible.

Do You Need a License to Own a Corn Snake?

You don’t need a license to own a corn snake. Corn snakes are constrictors, so they don’t use venom to incapacitate their prey before eating it.

And because of their average length, they aren’t big or strong enough to pose a threat to humans. They aren’t regulated at a federal or state level.

Georgia is an exception to the rule. In Georgia, you need a permit to be able to own and breed corns. Native non-venomous snakes are illegal to own.

In Hawaii, it’s illegal to own a pet snake of any species, and there are no permits available for any reason. Hawaii doesn’t have any native snakes.

Do You Need a License to Own a Ball Python?

You don’t need a license to own a ball python. Just like corn snakes, ball pythons are too short and thin to pose a danger to their owners. They also don’t pose an ecological threat.

Ownership of certain species of snake is restricted because setting those snakes free could damage the local habitat, and disrupt the food chain. But ball pythons won’t survive or be able to breed in the wild in the U.S.

Do You Need a License to Own a Venomous Pet Snake?

In the majority of U.S. states, you need a license if you want to own a venomous snake. These licenses typically require that you show expertise in snake care, and that you have a secure enclosure (complete with a padlock) to house them in.

It’s also a frequent requirement that you need a reason to own a venomous snake. For example, many licenses require that you either work for a research institution and need the snake for research, or that you run a circus or similar show. Alternatively, they may require that only people who run educational programs can own them.

Do You Need a License to Own a Large Snake?

Another gray area is whether you need a license to own a very large snake. A reticulated python, for example, isn’t as dangerous as a rattlesnake.

But its sheer size means that it can pose a danger. Imagine if the snake got loose. It could cause traffic accidents, attack somebody’s pet, or give an elderly person a heart attack. It could even attack a human if scared.

Many places that regulate venomous snakes also regulate large constrictor snakes. Any law that does focuses on size. So, state law might require a permit for any snake longer than 10-12 feet. This kind of blanket law is the easiest way for lawmakers to deal with problems they may not understand.

What To Do If You Need a Snake License

If you think you might need a snake license, check for relevant laws. Start with federal laws, especially the Endangered Species Act 1973, or ESA.

The ESA specifies many different U.S. snake species that are protected from hunters and owners, because their wild populations are declining or at all-time-lows. Examples include several garter snake species, the black pine snake, the eastern indigo snake and more. Check to see that the species you want isn’t on the list before you consider getting one.

Check state laws on whether you can own the species of snake you want. Each state has its separate laws on reptiles and snakes, or failing that, ‘dangerous’ pets generally. To list the ins and outs of each of these laws would take far more space than is available here, which is why we have a guide to state laws elsewhere on this site.

Check municipal laws to see whether there are any relevant to you. Many cities across the U.S. have laws, making snakes that are otherwise safe completely illegal within city limits. These laws vary a great deal. Get in touch with someone in authority in your town/city to find out more.

Where to Get a Snake License

If you need to get a license for a snake, write to the fish and game commission in your state. Usually, if there’s a permit that you need to get, that’s where you get it from. Fish and game departments usually deal with the kind of animals you can catch in the wild (hence ‘game’), but are also responsible for issuing permits for exotic or dangerous pets.

In the run-up to getting your license, you may need to do some due diligence. This involves setting up the snake’s enclosure to a satisfactory standard. You may need to make the cage extra safe using a strong lock so that it’s impossible for the snake to get out.

When you get your license, take note of whether you’ll have to renew it or not. There’s a chance that you might have to renew it every year, or every few years. Or, it might last indefinitely. Whatever the case, it’s best to know, so make sure you’re aware either way.

Snake licenses typically specify that you meet certain requirements before you’re allowed one. That’s because licenses are for dangerous snakes.

A person who owns a small constrictor like a baby corn snake doesn’t need one, because only the snake will suffer if you don’t keep them in the right conditions. But, if you didn’t know how to look after a venomous rattlesnake, the snake could escape and bite somebody.

The requirements relate to care and expertise. Depending on the area you live, and the laws that apply there, you may need to show:

Example of a Venomous Snake License

To help you understand what to expect, let’s end with an example. California has state laws that govern the possession of native and exotic snakes. There are many restricted species listed under CCR, Title 14, Section 671(c)(7)(E). Restricted snakes include:

You’ll need to obtain a permit if you want to own any of these species. The six exceptions listed above are legal to catch and own without a permit. However, the daily bag limit (the amount you can catch at one time) is 2.

The law goes on to specify the scope and requirements of the license. They state that the import, export, transport, ownership or disposal of any restricted species is illegal without a permit.

They even go so far as saying that ‘use for any purpose’ is unauthorized. The permit you can acquire doesn’t supersede any federal, state, or local law that might otherwise apply. The requirements for the permit include:

The law goes into great detail about the requirements. For example, the enclosure for snakes less than 6 feet in length has to be at least 1½ times the length of the snakes.

For snakes longer than 6 feet, it has to be at least double their length. The snake also has to be kept in a locked enclosure in a locked building.

The enclosure has to be labeled with the common and scientific name of the species and subspecies, as well as the number of animals contained inside. The label should also specify that they’re venomous. The law goes on, adding several more requirements:

Failure to adhere to these rules would mean that you won’t be given a permit, or that your permit will be revoked upon inspection.