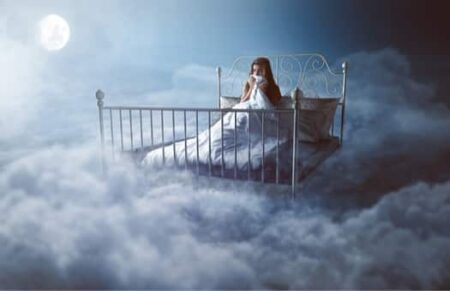 Biblical representations of snakes relate to deceit, shame, faith, and evil. Outside the Bible, snakes with two heads are a common metaphor for indecision, and the snake eating itself symbolizes rebirth or infinity.

Your dream could relate to any of these examples. That’s the beauty of dream interpretation. The dream doesn’t have an objective ‘meaning,’ there’s only what you understand it to mean. So, let’s find out what your dream about snakes might have meant.

Understanding the Symbolism of a Serpent

Snakes are highly symbolic creatures. They’re ingrained in U.S. culture, in particular, because of our shared religious heritage. In the Bible, snakes take on many meanings.

The most obvious is the serpent that deceived Eve and tempted her to eat the forbidden fruit of the tree of knowledge. This snake is related to feelings of temptation and sex, questioned faith and something coming between you and your religion.

Throughout the Bible, serpents are used in negative imagery. In the Gospel of Matthew, John the Baptist calls the Pharisees a ‘brood of vipers.’ Jesus used similar terms in Matthew 23:33, saying to them: “Ye serpents, ye generation of vipers, how can ye escape the damnation of hell?”

This same connection between snakes and dishonesty and low morals has continued until today. Call somebody a ‘snake,’ and you’d be calling them a deceitful, dishonest low life.

But that imagery isn’t all there is to snakes. If you dream about snakes, that’s just one possible meaning you could take. That explains why some people are scared of snakes and others aren’t worried about them at all.

What Do Snakes Symbolize in Dreams?

If your dream imagery contains snakes, you first have to look at the context of the dream. Did you feel happy? Did you feel sad? Were you worried and anxious, or did you think about your faith?

You can go on and identify the further meaning of your dream. Let’s take a look at what these additional meanings might be.

Biblical Meaning of Snakes in Dreams

The most well-known snake in the Bible is the serpent that tempted Eve. The Biblical meaning of snakes in dreams is likely related to this story. The snake is likely a sign that your faith in God is being tested in some way.

If you’re a Christian, you should explore what this story means to you and how it might relate to your everyday life. That’s likely what’s triggering your dream symbolism. Possible scenarios include:

Think about your own life and try to see how these ideas relate to you. It could be anything in the list above, or it could be completely unrelated—you have to look inside to find out.

Good Snakes in the Bible

The serpent in Genesis isn’t the only snake in the Bible, though. There are many more that you might or might not be familiar with. Other snakes in the Old Testament include:

Based on this more positive snake imagery, your dreams could be symbolizing something good. Perhaps the snake is symbolic of your profound personal belief in God, i.e. the snake in your dream is your proof that God is real.

Alternatively, it could be symbolic of how you feel you should be redirecting your faith back into God, not into idols or symbols of Christ.

If you were unaware of these passages, then they can’t be what’s informing your dream imagery.

Another possible route for snake imagery in dreams is the two-headed snake. This could be a snake that has a head at each end, or it could be a snake with two heads at the same end—the meaning is much the same.

The two-headed snake is a classic sign of conflict. You aren’t sure which direction to take, much like a snake that’s pulling in two different directions. This could be related to:

Because the snake is also related to deceit, this ties in here too. Especially, you could be unsure whether to believe somebody—you’re being pulled in two different directions, but you feel like you might be being lied to.

The snake eating its tail is an ancient symbol. It dates back to ancient Greek and Egyptian iconography, predating even Christianity.

The term for the symbol is an ouroboros, and you can find depictions of it in many places, from Tutankhamun’s tomb to medieval alchemical books. You can also find them in Norse mythology, as the serpent Jormungandr, which encircled the world. An ouroboros is almost always presented as a ring, with the head having bitten into or swallowed some of the tail.

As a symbol, the Ouroboros means rebirth. It can also symbolize infinity, wholeness, and independence. In your dreams, a snake eating itself might mean:

Even if you don’t know what an ouroboros is, a snake that eats itself could still symbolize infinity or rebirth to you.

Spiritual Meaning of Snake in House

If you’re dreaming of a snake getting into your house, this could have a few meanings. It could signify that you’re worried about someone close to you lying to you. The snake, obviously symbolizing deceit, has come into your home and gotten close to you.

It could also more generally symbolize somebody that you don’t like forcing their way into your thoughts and your life, like somebody at work who annoys you or won’t leave you alone.

As for spiritual meaning, the snake could symbolize somebody close to you is forcing you to question your faith in God. This could be because of their actions, or through direct questioning or mocking your faith.

The meaning of your dream is unique to you. These are merely ideas that might help you get closer to the true meaning of the dream, which is yours and yours alone. Only you know what you’re going through, so only you can find these deeper, hidden meanings that you’re searching for.

MLA Style: Carter, Lou. “What Does The Bible Say About Snakes in Dreams?” Snakes For Pets, (February 24, 2020), https://www.snakesforpets.com/what-does-the-bible-say-about-snakes-in-dreams/.

2 thoughts on “What Does The Bible Say About Snakes in Dreams?”