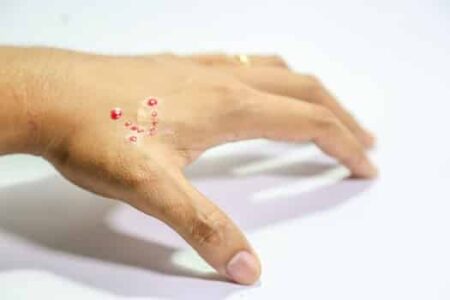 Researchers at Oxford University report that tens of thousands of people around the world are killed or injured by snakes every year. It’s no wonder that some people are so nervous around snakes. While not all snake bites are venomous and deadly, they can still hurt and become infected.

Snakes do not bite humans unprovoked. Their bites are usually the last resort for a snake that feels threatened, whether the human intentionally invades a snake’s space or not. Biting is also the snake’s best way to catch its food, and so snake bites on humans often occur due to the snake confusing a hand for a meal.

Let’s look at the reasons why captive and wild snakes bite people. This could be a snake that you’ve encountered when hiking a trail, or one that’s found its way into your yard or into your home. These are common and avoidable mistakes people make that put them at risk of getting bitten.

Here are the main reasons why a snake would bite a human:

Biting is not a snake’s first choice of response when it encounters a human. Snakes are timid and docile. A smaller snake witnessing the arrival of a human will first attempt to flee, so as to escape the perceived threat.

Aside from biting, snakes may also try to hold still and go unseen, camouflaged with their surroundings. If the human grabs the snake, it still may wait to bite until all other options have been exhausted, such as:

If the snake sees no other options for escape, it may choose to bite.

2/ The Snake is Responding to Provocation

If left alone, a snake won’t bite. According to Rapid City Journal, more than half of snake bites occur when a human is trying to kill or capture a snake. If you attack a wild animal, like a snake, it makes sense that it’ll try to fight back and keep itself safe.

As such, the best way to be safe around a snake is to just leave it alone. Snakes do not seek out or hunt people down. If you leave them be, then they’ll keep their distance, too.

Why might a human provoke a snake? It may not be out of fear or a desire to kill the snake. You might just love snakes so much that you seek out hands-on experience with the kinds found in your backyard.

However, you should never assume, just because you know plenty of fun snake facts, that you are suddenly ready and qualified to handle one in the wild. Even if your pet rosy boa snake loves to be held by you, that doesn’t mean you’ll get an equally positive response from a wild rattlesnake.

A snake in the wild cannot read your intentions. If you approach it, it will most certainly interpret this as a threat, and may bite as a response.

4. The Human Was Drunk

Many snake bites occur when the human is under the influence of alcohol or other drugs. When you drink, your ability to make good decisions is greatly reduced. So, while you might normally think it’s a bad idea to pick up a wild snake, if you are drunk, you might go ahead and do it anyway.

Drunk people rarely handle snakes in a comfortable way for the snake. Though it is not an intentional attack, holding the snake too tightly or waving it around may irritate the snake and cause it to lash out with a bite.

It is best to never handle a snake – wild or pet, venomous or not – when you are drunk or otherwise high.

5. The Person Did Not See the Snake

Snakes make excellent use of camouflage to avoid predators. A snake’s scales are colored in patterns that allow them to blend in with their surroundings, such as rocky landscapes or plains of long grass.

While some snakes have bright colors to scare away predators with the threat of venom, most snakes have dull colors that help them to hide.

If you don’t watch where you step, then you can accidentally walk on or near a snake. Naturally, the snake may interpret your foot as a threatening attack, and bite you in response.

The best way to avoid getting bitten here? Avoid stepping on the snake in the first place. Here’s how:

6. The Snake Wants to Scare You

Snakes have a reputation as vicious predators. When a person sees a snake, the first question is often, “Is it venomous?” or “Am I in danger?” Of course, the vast majority of snakes are not venomous at all, and very few have venom strong enough to kill a human. Beyond that, even if the snake has venom, it may not actually use it.

Doctors at Alva’s Health Center discovered that victims of bites from venomous snakes occasionally don’t suffer any symptoms of becoming sick from the venom. They have a bite mark, but they are not injured beyond that. This indicates that the snakes bit these humans without injecting any venom. That is often called a “dry bite” by physicians.

Despite their villainous reputation, snakes often choose not to use their venom. It is, in fact, possible for them to make that choice. If the snake doesn’t think it’s in very much danger – to the point where its “attacker” needs to die – then it will simply bite and escape.

7. The Snake Just Wants To Get A Meal

Snakes do not have venom for the purpose of attacking humans. Venom helps a snake quickly subdue its prey.

It can be difficult for a snake to grab and consume its prey in one go. The snake may only have one chance to grab the mouse or frog before it gets away. As such, biting allows the snake to inject the venom into its prey. The prey animal will then slow down enough for the snake to catch up again later and eat it.

Venom also helps certain species of snake to digest their meals as they eat them. The snake’s mouth is not only the best tool, but the only tool it has for hunting and eating. As such, it’s reasonable for snakes to leverage this tool as they see fit.

8. The Snake Mistook Your Hand for Food

Snakes are creatures of habit. They do not have very large brains or cognitive functions, but they can create associations between actions and results, causes and effects.

If the only time you open your pet snake’s cage is to feed it, then the snake will come to associate the opening of the cage door with the arrival of food. Therefore, the next time you open the cage door, the snake is likely to strike out, excited at the prospect of a meal.

Also, snakes don’t have good eyesight. They depend more on their sense of smell to find food. If you forgot to wash your hands after the last time you handled the snake’s food, it may smell the food on your hand and assume you are a tasty meal. Snakes may also interpret the warmth of your hand as the warmth of a fresh prey animal.

Be sure to wash your hands after handling your snake’s food, so the smell is kept off of you. It can also help to always feed your snake in a separate container from their usual cage, so they don’t interpret your hand in their cage as a sign of incoming food.

9. The Snake is Not Yet Used to Humans

If you just bought a snake as a pet, it might not be ready for a great deal of interaction with humans yet. A snake that’s spent its life around other snakes, or in a single pet store environment, will be uncomfortable in a new home where humans walk around. All of a sudden, new sights, sounds, and smells are everywhere. That may startle a snake and cause it to feel threatened, leading to a painful bite.

To help your pet snake get used to the presence of humans, be sure to put its cage or tank in a room that you and your family visit often, such as a bedroom or living room. This will give the snake plenty of opportunities to hear and smell humans nearby. As such, it will grow accustomed to your presence and no longer see you as strange or threatening.

If you want your pet snake to accept handling without fuss, give the snake time and experience to grow accustomed to humans touching it. Be sure to handle your snake multiple times a week. This will teach it to trust you, so it’s less likely to bite.

10. The Snake Is Not Well Cared For

Humans grow irritable and grumpy when they aren’t being treated right, and snakes are the same way. A stressed-out snake is more likely to bite a human.

If the humidity or temperature of an enclosure is not at a comfortable level for your snake, it will become stressed. Also, if the snake is not fed the right amount at the appropriate times, this can lead to it becoming irritable and prone to lashing out. Be sure to check the tank conditions for your unique snake species, and adjust their habitat accordingly.

Even if you are otherwise treating your snake well, if its enclosure is empty, the snake may be uncomfortable. Snakes are timid creatures who feel most safe when there are plants, rocks, or caves around to hide in.

Be sure to furnish your snake’s habitat with enriching materials, so it doesn’t feel so vulnerable. A snake that feels vulnerable is more likely to see you as a threat, instead of an owner that keeps it comfortable and safe.

If you do encounter a snake in the wild, do not provoke it. The snake is happy to mind its own business, but it will try to defend itself by biting you if you’re perceived as a threat.